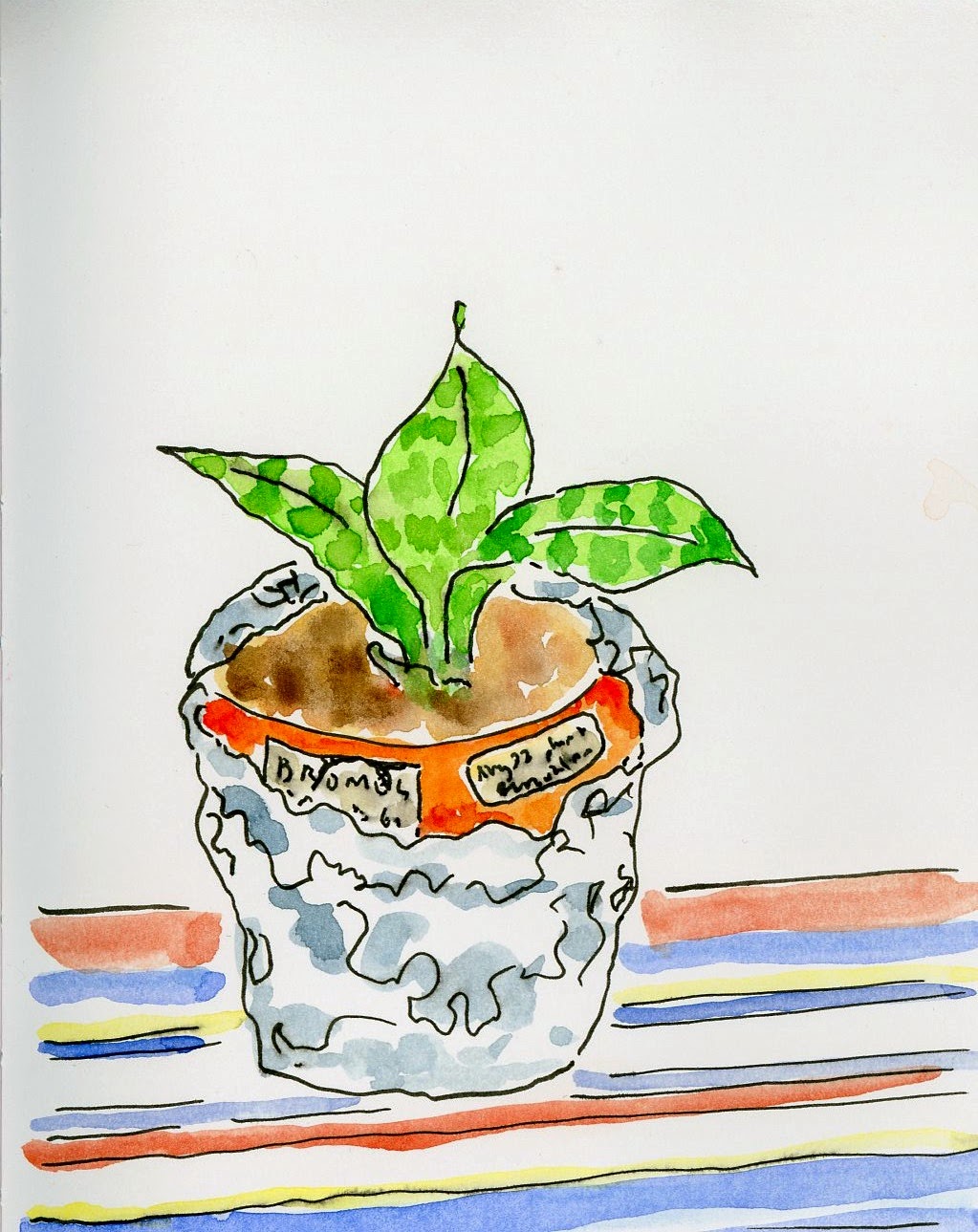 I just got back from a trip to Delaware. I drove down, and one of my many stops on the way was in the beautiful town of Skaneateles. There's a thrift store there - well, you know the thrift store! It's the one that my cup comes from.

So anyway, I popped into the thrift store, and there on the counter was this cute little plant. Wrapped in tin foil, and labeled in shaky handwriting on an ancient piece of paper Scotch-taped to the pot.
I did not think twice. The plant came with me.

On the drive, it sat in the cup holder of my rental car. When I got to my hotel, it came in with me. The next morning, it came with me to the coffee shop (I walked in carrying this plant, with a violin case on a ribbon around my neck. The guy at the counter stood back. "That's adorable," he said. "Don't worry, I'm not moving in," I said), then to lunch with my relatives, and then all the way home.

I would never have thought it practical (or particularly good for the plant, probably) to travel with a wee baby plant, but I have to say that it makes a wonderful travel companion, a wonderful impromptu centerpiece and conversation starter.
Instant living room, wherever you go.

a hymn to Rochester, fair, flowering, and flourishing.

"tree"  :)  I rubbed the page in the grass for verisimilitude 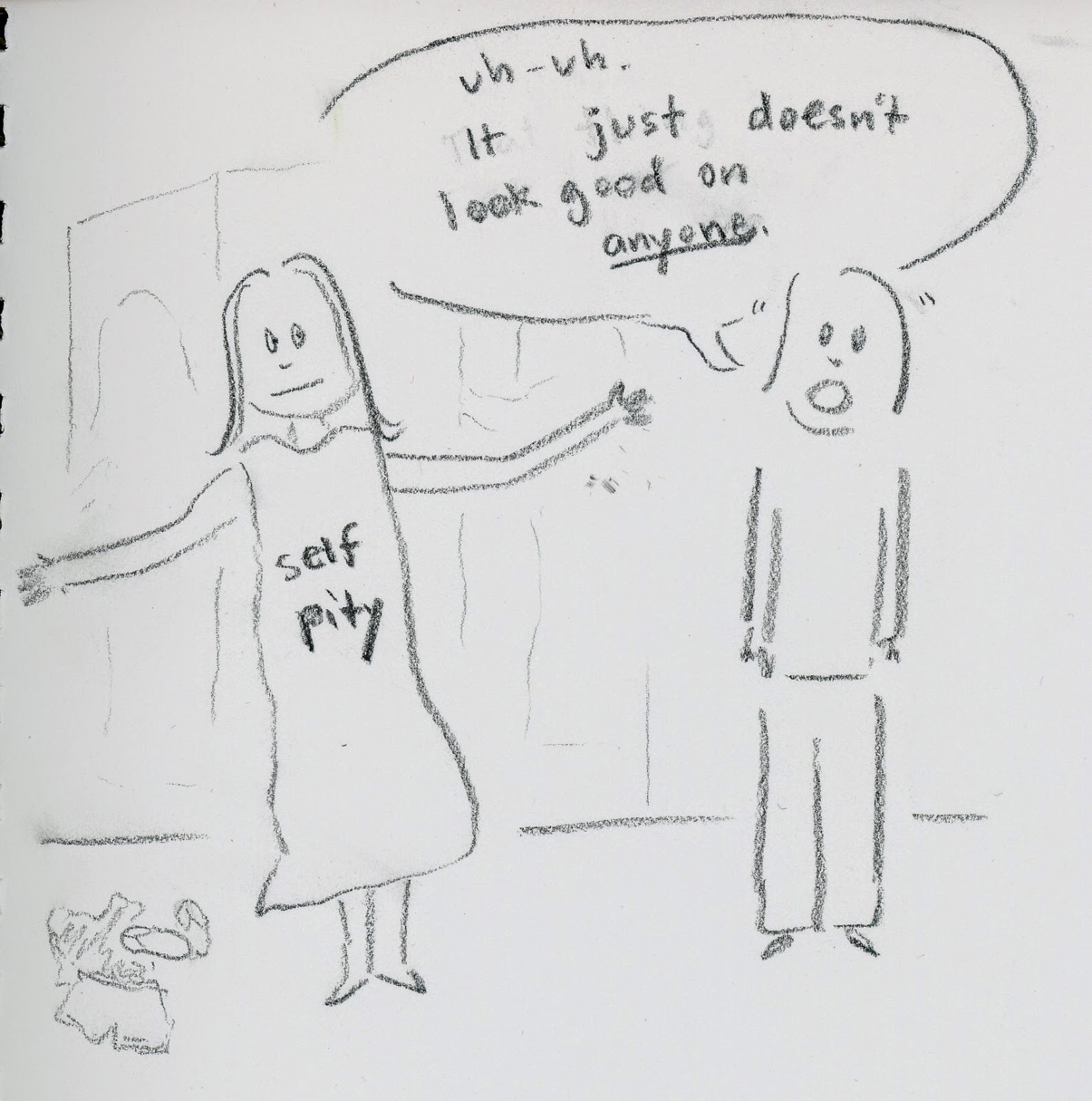 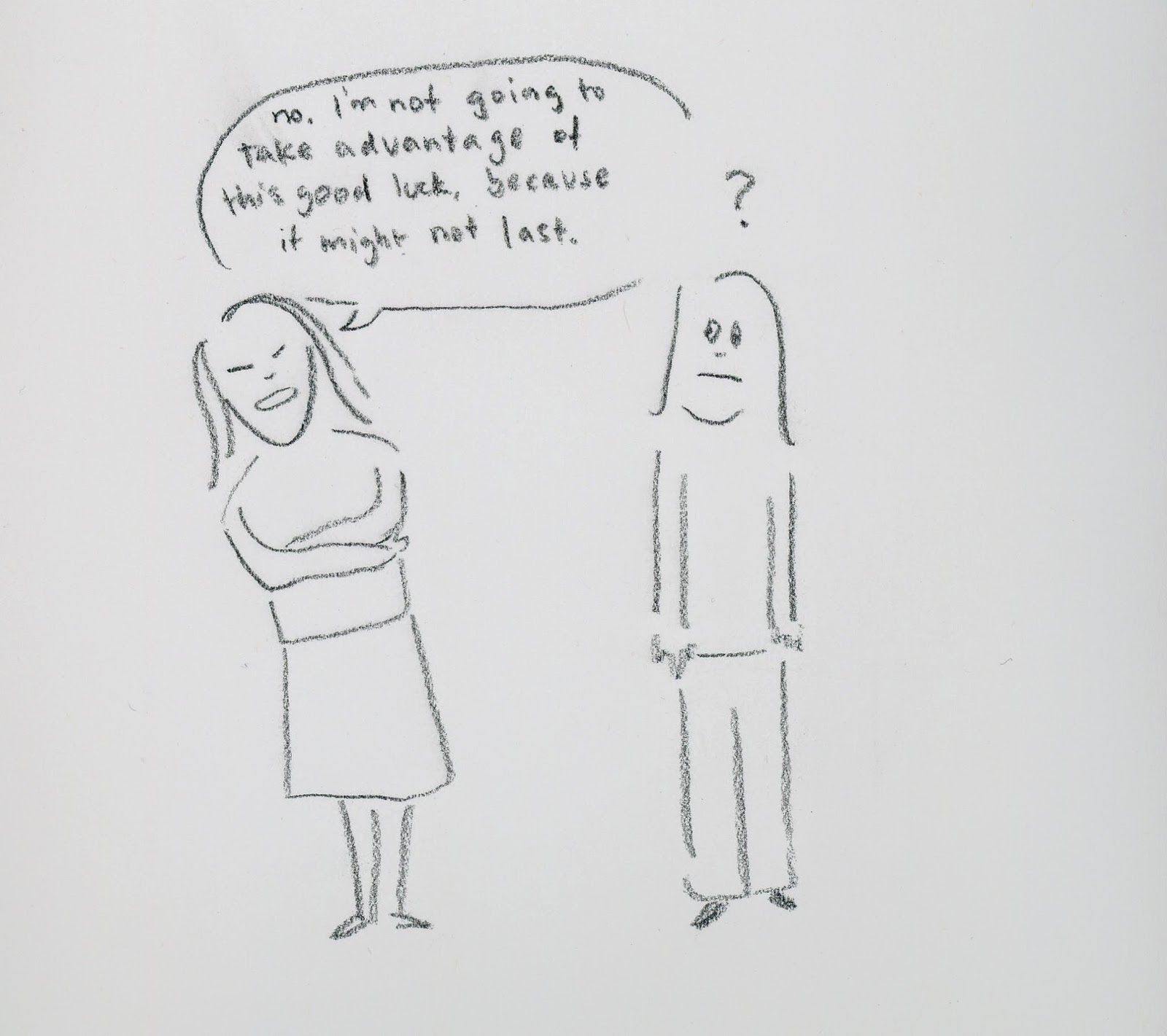 Posted by Unknown at 2:32 PM No comments:

new look at an old friend 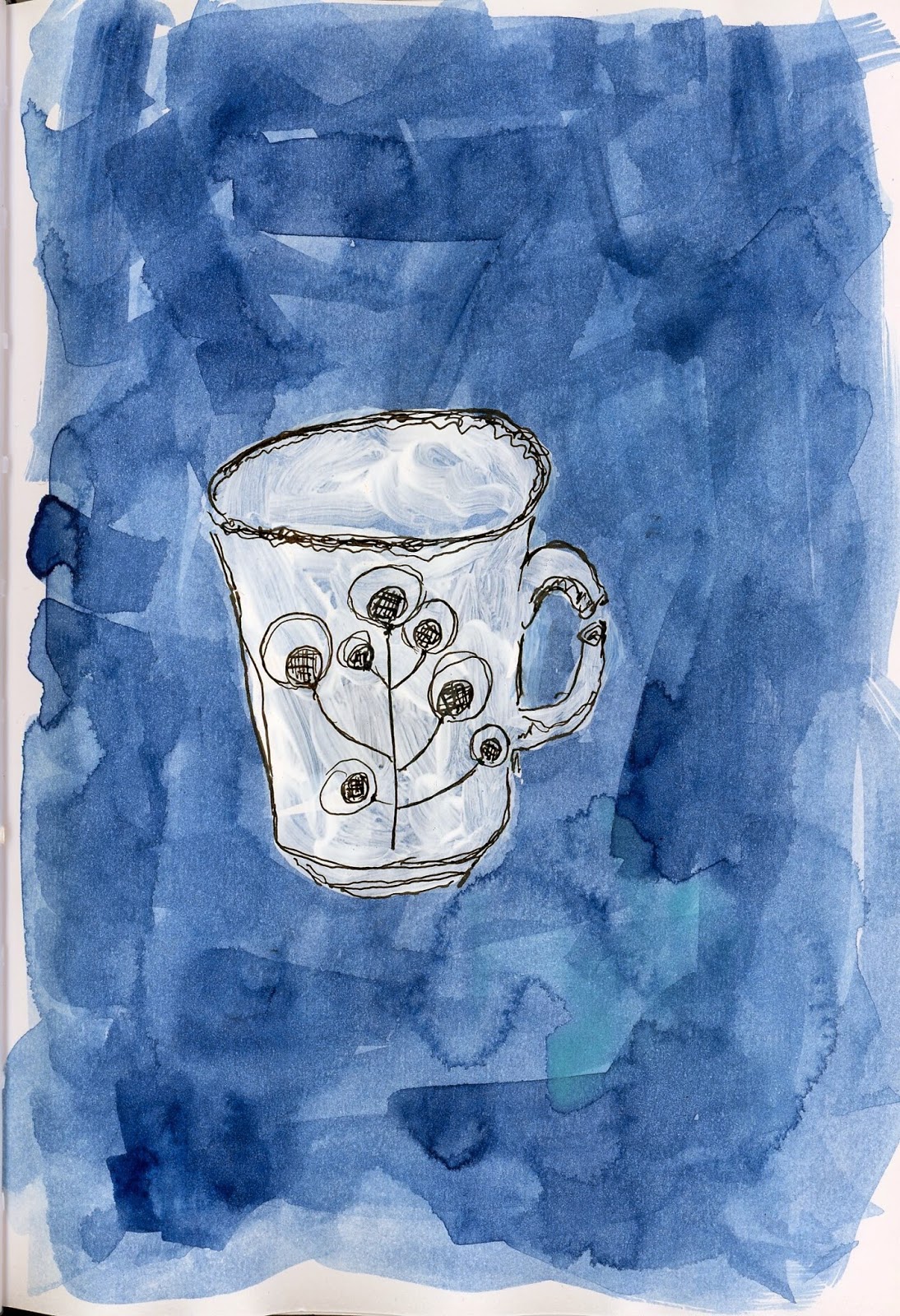 Posted by Unknown at 7:46 AM No comments:

on friendship, and certainty, and fear 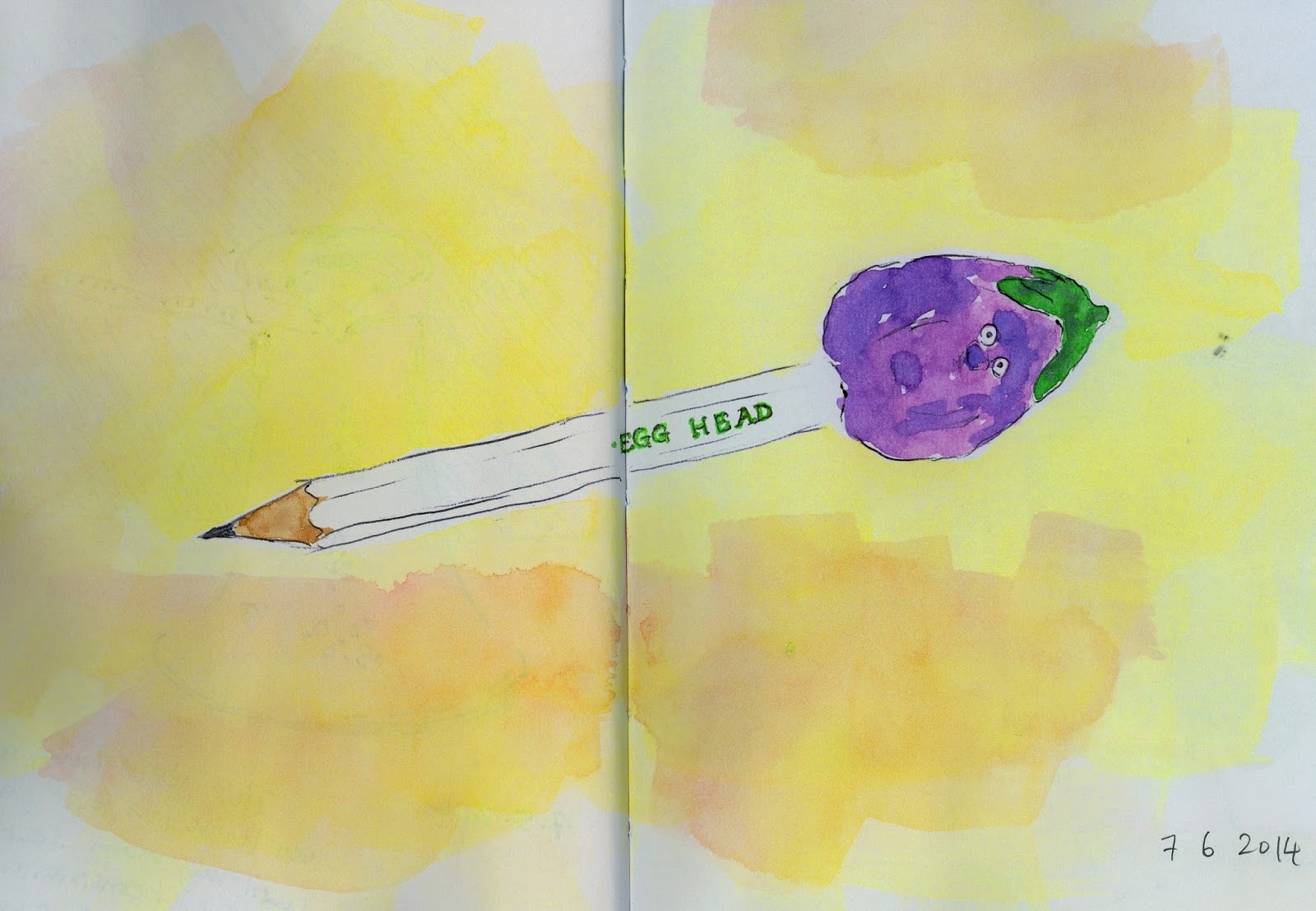 I've decided to do Sketchbook Skool, and I got a new notebook for the purpose. The paper is unfamiliar to me, as is the format. Our teacher, Danny Gregory, asked us to draw an object that had some meaning for us, and reflect on that meaning as we were drawing the object.

This pencil has been with me since I was in junior high, almost 25 years. My best friend's other best friend's mother was a buyer for the local natural foods store, and my friend had a few of these pencils, each with a different vegetable-based pun and cute fuzzy topper. I begged this one off of her. Since then I've carried it around to various places I've lived, and used it down to the length you see here.

The other night I was walking down a stretch of street here in Rochester and I remembered walking the same stretch at another time, and seeing this pencil lying on the sidewalk. I had picked it up, amazed. This was my pencil!

I was walking with a man that I loved, and his sister. They questioned me, almost scoffing. How can you know it's the same pencil? they asked. I just know, I said. It's impossible! What explanation do you have for its being here? they said. I don't have any, I said. I just know that this is my pencil.

It turned out it was my pencil. I'd forgotten it at the man's house several months back, and to play a trick on me he had dropped it on the sidewalk as we were walking. His sister had seen him do it.

I think they had expected me to buckle, to say I wasn't sure it was the same. But I knew, and I felt, even in the face of complete improbability, that this was my pencil. You live that long with something and even if it is "just" a pencil, you get to know it. And you know it when you see it, even if it's lying on the sidewalk in the middle of the city.